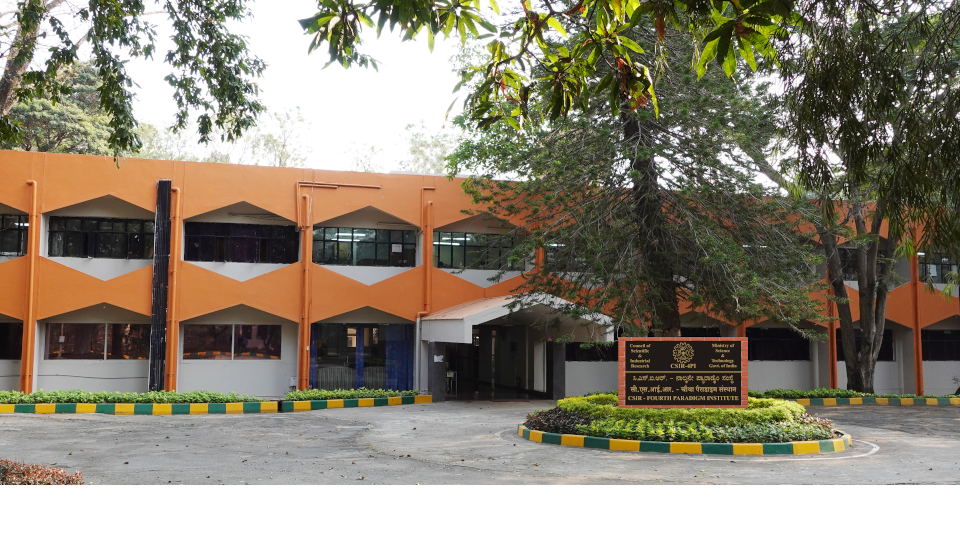 In the late 1980's, the Council of Scientific and Industrial Research (CSIR) recognized the growing significance of Mathematical Modelling and Computer Simulation, as it became evident that modelling approaches were critical for illuminating the structure and evolution of complex systems that were invading the areas of scientific analysis and technological design. Fields like Geology and Biology, which for a long time was considered largely observational and qualitative had already begun to exploit the new possibilities, offered by Mathematical Modelling and Computer Simulation to grow new areas of computational geology and computational biology.

The Council therefore established in 1988 the "CSIR Center for Mathematical Modelling and Computer Simulation", briefly called C-MMACS (pronounced as seemax). On February 21, 2013, CSIR-CMMACS was repositioned as the nucleus of CSIR-Fourth Paradigm Institute (CSIR-4P1), as it would provide the country a unique positioning in the domain of computational, data intensive research and discovery. The institute is located in the Belur Campus of the CSIR National Aerospace Laboratories (CSIR-NAL), Bangalore. Dr. Sridevi Jade is the current head of the institute. The policies and programmes of the centre are approved and monitored by a high level Advisory Committee comprising members drawn from various Academic, R&D and Industrial Institutions.

CSIR Fourth Paradigm Institute (CSIR-4PI) is a young and vibrant organization committed to promoting mathematical modelling and data-driven research culture across CSIR and accelerating the pace of discovery in the areas of interest to CSIR. CSIR-4PI played a pivotal role in shaping up the computational research capability in CSIR over the past 30 years and has the same potential to impact the emerging data science research to solve problems of societal and strategic importance. The current mandate is to develop reliable knowledge products for decision support in Earth, Engineering and Information sciences as well as to host a centralised supercomputing facility for CSIR. Long term vision is to synergize the strong expertise in various disciplines across CSIR and build a unified platform that embodies a rich set of big data enabling technologies and services with optimized performance to facilitate research collaboration and scientific discovery. Structurally CSIR-4PI is divided into two distinct scientific divisions with the scope of interdisciplinary research viz., Data Science and Supercomputing Division (DSSD) and the Earth & Engineering Sciences Division (EESD).